I recently had the opportunity to migrate a small regional office from Hyper-V to VMware by leveraging Instant VM Recovery of Workloads to VMware vSphere VMs available in Veeam Backup & Replication v10. With this latest Instant VM Recovery, Veeam can instantly recover any Veeam backup created by any Veeam product to a VMware vSphere VM. In other words, physical servers, workstations, virtual machines or cloud instance Veeam backups can now be restored to VMware. Veeam even handles the P2V/V2V conversion automatically with it’s own built-in logic. How good is that!

To start the migration process, browse to the backups, right-click the VM to be migrated and click ‘Instant VM Recovery’ then ‘VMware…’

At the next screen, ensure the selected restore point matches the time for when the VM was shut down and the last backup ran.

END_OF_DOCUMENT_TOKEN_TO_BE_REPLACED

As with most IT enthusiasts, I use a homelab for tinkering, troubleshooting and hopefully a bit of learning. My homelab compute consists of a single server with an i7-3770 CPU / 32GB DDR3 RAM / 1TB SSD connected to an Intel BOXDQ77MK motherboard, basically a glorified PC. While my homelab can’t run dozens of virtual machines concurrently, it’s power-efficient, cheap and importantly quiet.

I built the server back in 2013 and to date, the server has been rock solid. At one point the server even hosted this very blog for over 3 years. The version of ESXi is a bit old and overdue for an upgrade so I thought this would be a good opportunity to document the process for anyone else interested in the ESXi upgrade process. Specifically for my case, I’ll be upgrading from VMware ESXi 6.5.0 (build 5969303) to VMware ESXi 6.7 (build 15160138).

END_OF_DOCUMENT_TOKEN_TO_BE_REPLACED
Phase 4 – Create the Veeam Backup  Job
Now when designing our Veeam backup job settings there are a couple considerations.

END_OF_DOCUMENT_TOKEN_TO_BE_REPLACED

A few days ago VMware announced the second half of 2017 list for vExperts recipients. A vExpert is someone that has demonstrated significant contributions to the VMware community, as well as the desire and willingness to share expertise with others.  Contributing is not always blogging or Twitter as there are many public speakers, book authors, script writers, VMUG leaders, VMTN community moderators and internal champions among this group.

I am stoked to share that I was awarded the vExpert title under the Evangelist path for 2017.

Congratulations to all the other VMware evangelists, partners, and employees that have made the list for this year.

The announcement page can be found here.

So working on a Veeam project recently and noticed I couldn’t add vSphere tags to any jobs. Now I won’t go into the benefits of using vSphere tags in this post, I’ll leave that up to this excellent write-up by Luca Dell’Oca which can be found here.

So checking the usual culprits and researching online I found someone with a similar issue on the Veeam forums here but I still couldn’t resolve the issue. I checked vCenters FQDN IP address which was set correctly and that I could indeed query vSphere tags from vCenter using PowerCLI without any problems. I bounced the Veeam B&R server, checked event logs and eventually ran out of ideas to try.

END_OF_DOCUMENT_TOKEN_TO_BE_REPLACED

Poor performance experienced by your VMs may be related to processor power management implemented either by ESXi/ESX or by the server hardware.

One real world case I recently encountered with a customer involved VMware Horizon View and large delays experienced by their end users. Applications took unusually long times to open and general performance was quite bad. This was quite apparent when comparing the same applications on a thick client to running it on a virtual desktop.

After running through the usual checks consisting of VMware Health Analyzer, checking for over-subscription and over-utilisation there were no red herrings immediately apparent. What we did discover though (which is detailed in ‘Best Practices for Performance Tuning of Latency-Sensitive Workloads in vSphere VMs’) involved changing a BIOS setting on all of the ESXi hosts. Specifically the setting for power management on the ESXi HP Hosts to “Static High”, that is, no OS-controlled power management.

While we are working through the other recommendations provided in the VMware Health Analyzer report and have already made some changes to the configuration, nothing has resulted in a noticeable improvement with the exception of the power management setting. The customer has reported that after changing this particular power setting it has provided the most significant improvement in performance of anything previously attempted (hardware and software).

Deploying vCenter Server Appliance 6.0 and run into this beauty,

Turns out the vCenter Server Appliance installer will fail if more than one DNS server is provided. Fantastic…

To workaround, provide one DNS server IP during the installation wizard. Once the VCSA is installed and running you can then provide the secondary DNS IP.

Recently I was working on a project that involved VMware App Volumes, otherwise known as AppStacks. The basic premise behind AppStacks is that they facilitate application delivery to virtual desktops. For this particular project, it involved over 100 applications being delivered to nearly 500 desktops across two datacenters.

The applications themselves become portable objects that can be moved across data centers or the cloud and then shared with thousands of virtual machines quickly and easily.

So how can I protect my AppStack volumes? Well, if your storage vendor can back up your VMDK files at the datastore level, you can try that, but not all storage vendors allow that kind of backup.

Alternatively, the AppVolume Manager does allow the creation of ‘Storage Groups’ to replicate AppVolumes between multiple datastores. The issue remains that this type of replication is not a good backup, for example, storage failure or if someone were to delete an AppStack then it’s going to delete the AppStack volume on both datastores. The interval for replication is apparently 1h by default.

Unfortunately, this method requires manually assigning each AppStacks to a backup VM, anytime someone creates a new AppStack you will need to open up the fling and attach it to a backup VM to be protected. We were after a more automated solution and due the very nature of flings, we were hesitant to utilise this in a production environment. Our solution was to copy them using SCP, since AppStacks are read only, corruption should not be an issue so backing them up should be as simple as just copying them to another location.

Veeam did have a standalone product called FastSCP but this has since been integrated into the free version Veeam Backup. By utilising ‘File Copy’ Jobs within Veeam Backup we can copy these AppStack VMDKs using SCP. The ‘File Copy’ Job can be easily configured with a schedule and provides the bonus of traffic compression and empty block removal to reduce copy times and improve performance. Veeam also generates a one-time username and password for each file transfer session. For example, if you have to copy 3 VMDK files, the program will change credentials 3 times.

The last challenge we encountered was how to perform SCP operations from a vSAN datastore. In the end, we used the ‘Storage Group’ capability of the AppVolume Manager to replicate AppStacks to another datastore that wasn’t a vSAN then Veeam performed a ‘File Copy’ which copied the VMDKs to a safe location protected by an existing backup solution. Since our only datastore was a vSAN datastore we configured an ‘OpenFiler’ VM to provide an iSCSI LUN to run up another datastore. Technically it’s a nested datastore but we only care about enabling access to the AppStacks VMDKs so we can copy them.

Do you know of a better way to protect AppStack volumes? Let me know in the comments section.

Disclaimer: AppVolumes v2.1 was the version used, v3.0 has since been release and may solve some of these problems.

The tool is called VMware vCenter Support Assistant and its a free download from VMware.
It works by regularly collecting support bundles (configuration and usage data) and transmitting them to VMware who will automatically match them to a list of known problems.

It is packaged as virtual appliance, the file is 648MB and it works with vCenter Server 5.1 / ESXi 5.0 or above 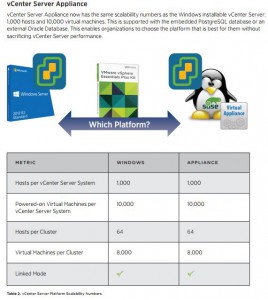