So working on a Veeam project recently and noticed I couldn’t add vSphere tags to any jobs. Now I won’t go into the benefits of using vSphere tags in this post, I’ll leave that up to this excellent write-up by Luca Dell’Oca which can be found here.

So checking the usual culprits and researching online I found someone with a similar issue on the Veeam forums here but I still couldn’t resolve the issue. I checked vCenters FQDN IP address which was set correctly and that I could indeed query vSphere tags from vCenter using PowerCLI without any problems. I bounced the Veeam B&R server, checked event logs and eventually ran out of ideas to try.

So I opened a Veeam Support ticket and was connected to the local Sydney based guys and discussed my issues, there were suspicions about windows display scaling was at fault as several pop-up windows such as the job wizard that appears when you create/edit a job was not sized correctly & the scroll bar and the bottom navigation buttons were hidden until you resized the window. So after checking DPI Scaling / Resolution ensuring its set to 100% and closing then reopening the Veeam Console didn’t fix the issue we moved on (including testing a Veeam console connection from a workstation and RDP/vSphere Console directly to the Veeam B&R Server). We then re-applied the Veeam B&R 9.5 Update 1 patch and after a few more checks I was escalated up to tier 2.

On the phone with Tier 2, we looked at the DPI scaling again, turns out we had forgotten one simple thing. To click the ‘sign out now’ so all applications would be changed. 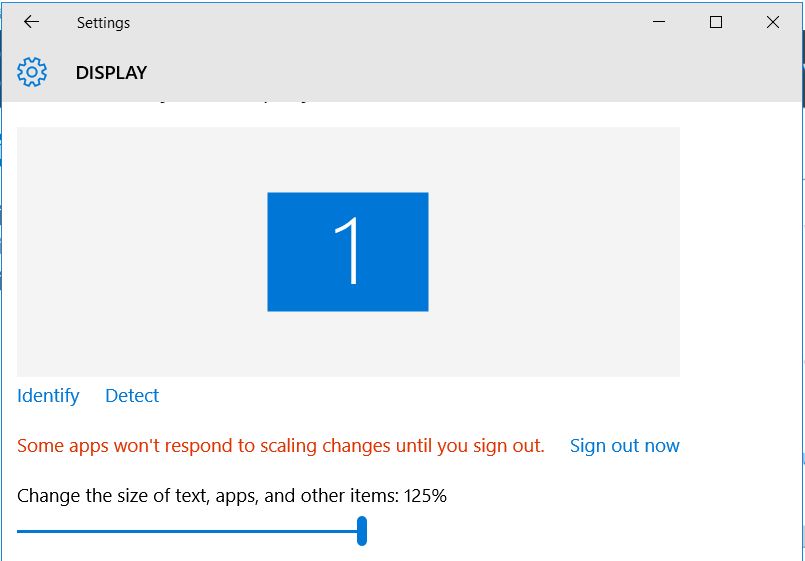 Since both the workstation & the Veeam B&R Server we were using to test the Veeam Console on both had scaling set to 125%, this resulted in the vSphere tags missing in the Veeam job wizard window.

So this may seem like an obvious thing to check but we had already tried signing into the Veeam console through the vSphere Console/RDP and from a Veeam Console on a workstation without any luck fixing the missing vSphere tags button. In hindsight, we were using the same local administrator account for the RDP and vSphere Console plus using a workstation that was set to 100% had not been ‘signed out now’.

So after signing the account out, I could open a Veeam console and finally see the vSphere tags.